Aiming to assist aspiring designers in digging up the newest design patterns for iOS UI, Mobbin Design, or simply Mobbin, has powerfully hand-picked clusters of the most recent patterns from apps that depict the top in design. Mostly updated screen captures from iPhone 12, there are more than 25 thousand patterns and 250 iOS apps on Mobbin, which users can save into their collection whenever some designs become their favorite.

In the words of the site creator, Mobbin is a “mobile design patterns library, reimagined.” The site was inspired by the number of time designers spent on grasping and identifying the most recent and popular design patterns to get their upcoming app refreshing and competitive.

Compared to other mobile pattern resource sites, Mobbin strives to keep improving its database to fulfil designers’ needs on mobile design patterns. The most common issue is usually about outdated patterns that aren’t quite handy nowadays, and designers obviously have to design following the latest technological advancement, such as ultra-wide screens and notches.

From app stores of different countries, Mobbin is suitable for use not just in and from the US. The design patterns made in Asian countries that have produced apps like Tik Tok, ofo, or Timetree, for instance, can also be found on Mobbin.

Due to its large database, Mobbin makes users’ navigation even easier by providing several filter options. Users can choose to filter by Categories:

Lastly, users can choose to filter by Elements: 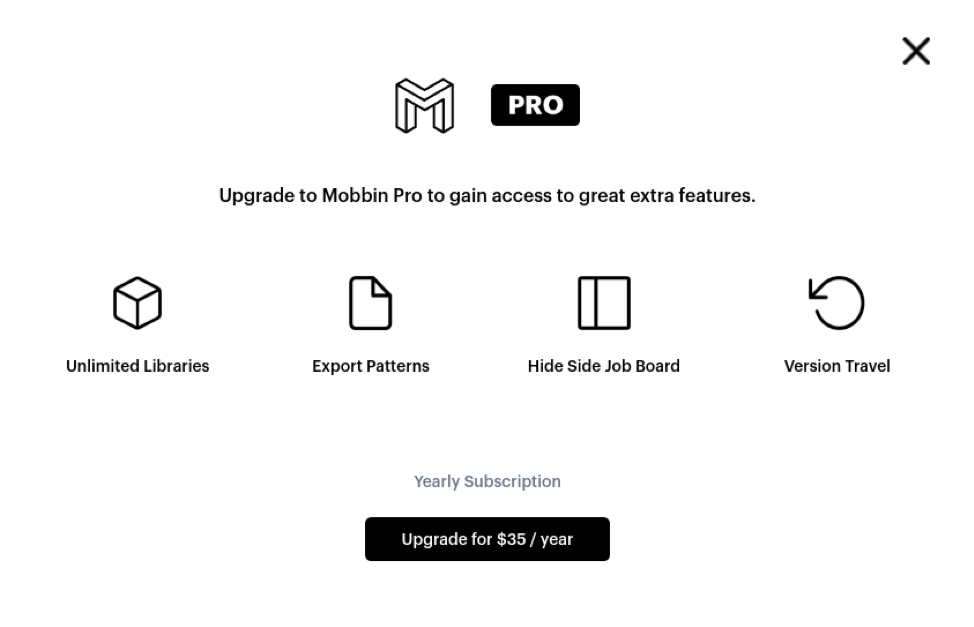 Visitors can get around the site without paying anything, but upgrading to Mobbin Pro will gain them access to many more extra features, such as Unlimited Libraries, Export Patterns, and Version Travel. 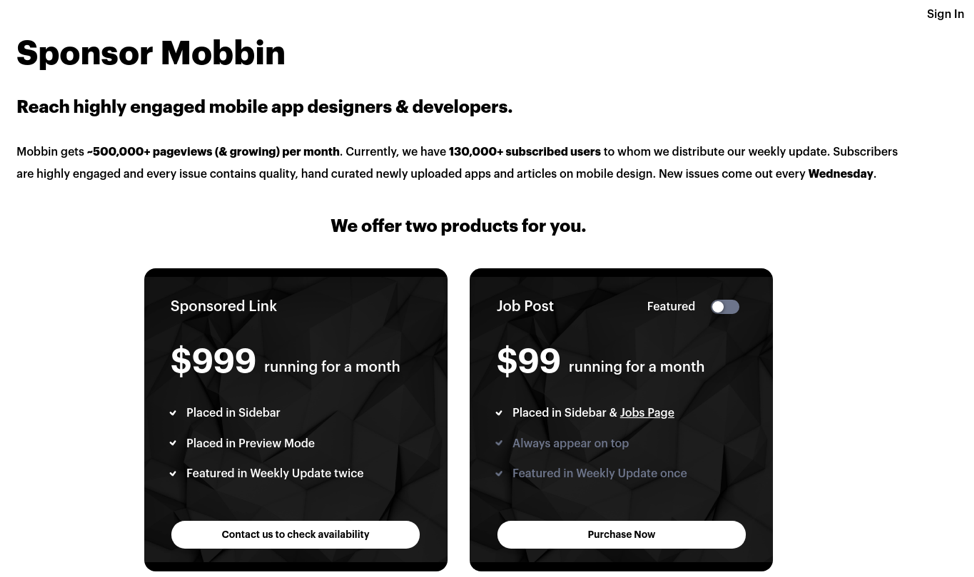 Otherwise, there’s also an option to sponsor Mobbin, which will allow users to get in touch with tremendously engaged mobile app developers and designers.

As of the moment, Mobbin obtains approximately more than 500,000 page views per month, and this number is still growing. Subscribers are accounted for up to 130,000, who Mobbin has distributed its weekly update consistently. The good news is that Mobbin’s subscribers are super involved, and each issue focuses on excellent, hand-curated newly uploaded articles and apps on mobile design. New issues can be expected regularly every Wednesday.

We hope the Mobbin review above helps you with your design platform research!