Katy Perry is roaring back to solo music with a new single on the way.

The pop icon revealed Tuesday the name of her upcoming song, “Never Really Over,” which is set for release on May 31, 2019.

Perry also unveiled the new tune’s colorful, orange-bordered cover art, which sees the 34-year-old throwing her head back in ecstasy while the locks of her golden wig cascade over her shoulders as she stands in a sun-kissed locale. A flowy orange dress (and purple eyeshadow) complete the look. 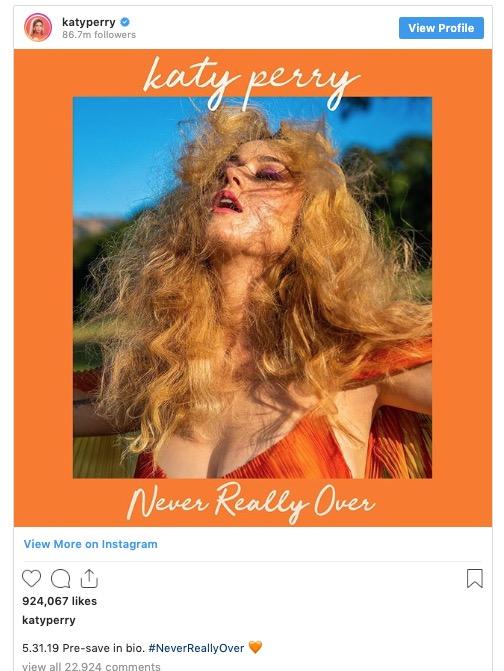 This single uses the Jelytta Handwrtitten Script font from Creatype Studio. It looks feminine and elegant according to the character of the singer, Katy Perry.